Truth or Hype? The Truth About Kombucha

We’re starting to see ADS on cable stations in Japan hyping the “Kombucha Cleanse” supplement. A cute blond actress, a foreigner who speaks Japanese, is the pitch girl. She’s pitching a lot of products these days. Kind of hard to take anything she says too seriously so I’ve been a little skeptical. Research is out there, facts are out there. If you enjoy the drink, have it in moderation. 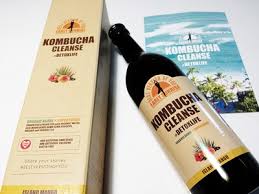 From webmd here is an interesting article.

Benefits of kombucha tea are primarily based on personal reports and a few animal studies. There are no clinical trials or sound scientific evidence to substantiate the numerous claims. That is not to say there are not any benefits from drinking the tea; it simply means there is no evidence that proves the benefits it claims.

Kombucha’s popularity is in part due to the probiotic content of good-for-you bacteria that studies show can benefit digestion and boost immunity. In order to maintain the probiotic benefits, the tea must not be pasteurized, which also increases the risk of contamination.

Helm says yogurt is a better choice if you want to boost your probiotics because it also contains a wealth of healthy nutrients like protein, calcium, and potassium. And, often it is fortified with vitamin D.

Drinking 4 ounces daily of commercially available pasteurized kombucha tea is generally considered safe for healthy people. However, it would be prudent for pregnant women, elderly people, children, and anyone with a compromised immune system to avoid it.

The claims are greater than the science can prove and the safety factors require careful selection. Drink it in moderation if you enjoy it but be warned, it may be an acquired taste. And don’t drink it because of the overstated benefits.

“Kombucha is not a cure-all or magical elixir but it does have some beneficial bugs similar to yogurt, kefir, or other probiotic drinks… don’t drink it because of the over-the-top claims, but only if you like it,” Helm says.

Kathleen Zelman, MPH, RD, is director of nutrition for WebMD. Her opinions and conclusions are her own.